Gospel Thoughts: Insights from the Beginning of Mark. 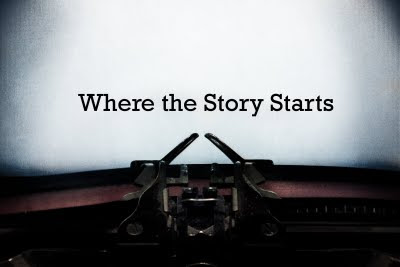 I like to pay attention to how things start. They often give you insight into what matters most in the future. No one likes to hear a story from the middle point. We know intuitively that the beginning of a story typically lays out foundational issues and behaviors that will be addressed or built upon as the story unfolds.

One of my favorite movies is Unbreakable by M. Night Shyamalan. In Unbreakable the start of the movie is essential to understanding the climax at the end of the movie. The movie starts out introducing us to a man named David Dunn (Bruce Willis) who is obviously depressed. There is an air of sadness, self-contempt and an overall low self-esteem that hovers over David Dunn. The director makes it clear this guy has very little drive or self-worth. He’s not lazy he’s actually a hard worker; he just has very little belief in himself. His co-workers know it; his wife knows it and the opening sequences make it abundantly clear his own son knows it. Everything else that happens in the story pokes at this issue. The major event in the film being a train crash that he's the only survive of, seems to have direct messages and challenges to his self-hatred. The climax of the film (I won’t spoil it) has everything to do with whether he will face his lack of belief in himself. The beginning of the story has everything to do with the end of the story as well as what the main moral of the story is.

This is why I find the beginning of Jesus earthly ministry so illuminating. The opening sequences of the story have a ton to say about the moral (or message) of the whole story of the Gospel. I’m currently studying the book of Mark and have been delightfully bothered by the way the story starts.

A few things occur in the beginning that I think should help us define the Gospel in our communication.

Mark 1:10 - First, Jesus is approved by his Father. God the father speaks these words over his son “this is my son in whom I am very much pleased.” Here Jesus is acting out the entire drama of Israel and in turn humanity. As Jesus is about to face serious and legitimate temptation he receives surety in his identity. Affirmation that he is loved and belongs to the Father was not just a matter of show for onlookers (it’s not necessarily clear if the crowd heard it anyways) these words were intimate and firm words for the benefit of Jesus himself. They were his anchor for facing the challenge of Satan soon to come in the desert. Jesus travels the road that all humanity must walk; but Jesus could face it all because he had treasured the words his father spoke over him. I think this sequence speaks to what should be a significant part of communicating the Gospel. Your belonging is with God, you’re loved by God. No other voices can provide the affirmation and security your identity needs to be the full human God created you to be while being pummeled by the internal pressures and sly temptations of this world.

Mark 1:15 - Second, Jesus declares an earthly but supernatural Kingdom is coming: “The time has come; the Kingdom of God is arriving soon, turn and believe this good news!” The backdrop is that this arriving Kingdom of Jesus is going to collide with already existing kingdoms so it is essential to turn from living, working, protecting and giving allegiance to other kingdoms to participate in the Kingdom of God. For the audience hearing this real-time (Israel) it meant turning from social and political agendas which Israel was in bondage to. They had a gripping allegiance to ancestry, their land, their temple, their laws and their status. Jesus is calling them out to leave it all behind in order to participate in the new and arriving Kingdom of God. I think this sequence speaks to what should be a significant part of communicating the Gospel. Other kingdoms exist that are calling you to identify with them, work for them and protect them. But the Kingdom of God is here and now. It is breaking in and calling for you to abandon other kingdoms to join the underground movement that is taking hold through the leadership of Jesus.

Mark 1: 17 - Third, Jesus immediately recruits people to work for this coming Kingdom. Just as Abraham was called to “Leave your country and your father’s house and go to the land I will show you.” Jesus invites the new disciples to leave their family businesses, old affiliations and cultural identities to follow Him. Notice there is not talk of personal sin/vices or heaven, the emphasis is less on a “decision for Christ” but more on the fundamental reordering of their everyday world. This is not a call out of the world but a call in a reordering of everything. This is a call to a life shaped by a new allegiance, a new community of people and new line of work. I think this sequence speaks to what should be a significant part of communicating the Gospel. What you think defines you, who you think you need to be should submit to King Jesus. If you really want to be somebody, come follow Jesus. The rest will take care of itself; everything else will fall into place if you first come work for King Jesus. He’s not interested in mental assent to doctrines or heart assent to comfort over your eternal destiny; he’s asking you to reorder your life to make supreme space for him to lead you into building for the Kingdom of God.

I’m convinced that what goes down in the beginning of this story is speaking to the larger message we should project from the life of Jesus. The beginning of Jesus ministry informs the Gospel. This is where the story starts.

Email ThisBlogThis!Share to TwitterShare to FacebookShare to Pinterest
Labels: Mark, the gospel, the kingdom of God