Reclaiming the Kingdom of God 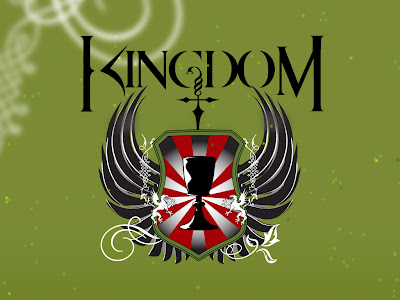 A snapshot from the study/conversation our Axiom church planting team is currently journeying through.

Matthew, Mark, Luke and John are all in their various ways about God going public on earth about the kingdom of God. The central message is that the Creator God, Israel’s God, is at last reclaiming the whole world as His own, in and through Jesus of Nazareth. That is the message of the kingdom of God, which is Jesus’ answer to the question, What would it look like if God were running this show?

Arguably the fullest vision of what the Reign of God looks like is contained in the great discourses of the Gospels, The Sermon on the Mount in Matthew (Matthew 5-7) and The Sermon on the Plain in Luke (Luke 6: 17-49). Here we are presented with beatitudes which turn the world upside down. The things which the world blesses; violence, greed, power, comfort, hoarding, self-defense, physical-indulgence, vengeance, selfishness and wealth are not blessed by God.

Instead, Jesus says that God blesses the meek, the teachable, the generous, those who hunger for truth, the desperate, those persecuted for their loyalty to Jesus, those who carry burdens for others, the pure in motive, the forgivers, those who are relaxed in God and not anxious for more, the welcomers or hospitable and the peacemakers. This is an astounding vision and one so at odds with the way the other empires of life tempt us to live! Jesus summons those who would be participators in His Kingdom to radical devotion and radical dependence on Him. His followers must be meek, must not retaliate, must go beyond the letter's law to its spirit, must do what is right when only God is looking, must depend on God for their needs and pursue his interests in the world rather than their own, and must leave spiritual measurements of others' hearts to God. In short, true people of the kingdom live for King Jesus, not for themselves, not for institutions, not for laws, not for governments, not even for moral codes. The vision of the Kingdom is an ever expanding community, permeated with the presence of Jesus and is to be the catalyst for goodness, justice and integrity in the world.

Yes Jesus did, as Paul says, die for our sins, but his whole agenda of dealing with sin and all its consequences was never about rescuing individual souls from the world but about gathering humans so that they could become part of his project of renewing this world (the Kingdom of God). The resurrection of Jesus is to be seen not as the proof of life after death or a heaven and a hell but as the launching within the literal world of space and time, the now public reality of new kingdom with King Jesus at its helm. Within 30 years, this was announced under Caesar’s nose openly and unhindered. The reason those who made that announcement were persecuted is, of course, that the fact of God acting in public is deeply threatening to the rulers of the world and the allegiance they require.

The incarnation, the crucifixion and resurrection are the defeat of evil, sin and Satan and the return of YHWH to his human project. The church has been entrusted with the ongoing task of implementing this achievement in the world. Our partnership with God is too build the foundation of His Home.

When Jesus said “the Kingdom of God has come” he meant it.  He meant it to the audience in front of him, in their time, on this planet. But the typical evangelical church struggles with this literal earthly 1st Century vision cast by Jesus because of a lens they read with. This tainted lens reads that all prophecies are in the future for us. This is a poor interpretation and a very western-centered hermeneutic. Many evangelicals think the world is getting worse and that the book of Revelation prophecies a world headed for destruction (the apocalypse) and somewhere in the time line we are raptured out of here and then God eventually ends everything.

When this "end-times" lens is employed it is very difficult to take Jesus words literally and therefore take our task of community, renewal and sacrificial-love seriously. If we relegate the Kingdom of God to a “heaven up there” we do not take Jesus at his word. When He said it was near, he meant it was near. When he said it had come, he meant it had come.

Email ThisBlogThis!Share to TwitterShare to FacebookShare to Pinterest
Labels: end times, Jesus words, justice, renewal, the kingdom of God, the reign of God