I was bored with God*. 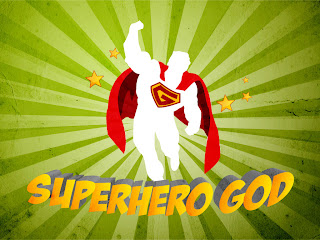 When I grew up I heard a lot about Jesus as Savior. I heard good preaching on how badly I needed to be saved from my own sin and choices. The scenario was often laid out well; there was an obvious disparity between an empty teenager and a Perfect God. The sole picture that began to form in my head was this strong Jesus, a grand super hero who came to earth sacrificially to rescue me. It’s what I told my unsaved friends about and it is a profound and pivotal truth.

When I attended a Bible College at 19, I found myself around a lot of bored Christians. Ya see they were already saved (at least they thought they were), and there wasn’t much else to do other they keep out of trouble and make sure to do your morning devotions. I began to wonder, “Is this all there is?”. I was a freshman and a bored Christian, that didn’t want to be bored. I began to feel I was only getting half the story, half the message, maybe even half the gospel. You know I didn’t have much else to talk about other than my own personal pursuit of holiness. Was there something greater, bigger, and more compelling about what Jesus did, other than just what he rescued me from? Was I rescued for something? My unsettledness began with my investigation of the nation of Israel’s plight in the Old Testament. Why was God so frustrated with them, was it only because they were immoral and worshiping false gods? Did God gather them for the sole reason that they were to be a bragging point for purity and exclusive faithfulness to Him? I began to see that God actually had fuller dreams and plans for this gathering of people.

In my sophomore year in 1998, I read this bothersome book by Darrell L. Gudar titled “Missional Church: A Vision for The Gospel and Our Culture.” A couple of chapters in that book seriously messed me up. I remember a specific moment at school, sitting on the floor in the back of the library basement with the florescent lights flickering over head, crying and having an epiphany that God was way more than a “Super Hero God”. I began to realize I was a Christian Narcissist. I started to wonder what I was supposed to do about this. How was I supposed to live out of this bigger Gospel, this larger epic?

Fast forward and now the clearest reality in the center of my existence is that the same God who rescued me, now has a big supernatural project he’s calling me to, calling us all to...its stink’n huge. God is up to something extremely subversive, backwards and quietly powerful on this planet. I guess I’ve been trying to drag teenagers with me on this mission ever since.