Why A Seder Dinner? 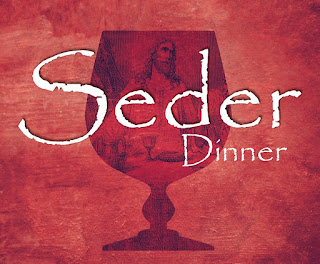 I can understand the curiosity and odd feelings Christians might have about the Seder.   I’ve been asked a few times over the years “Why do you have a Seder Dinner?”  In conversation from local pastors I've gotten statements like“We’re not Jewish so I don’t get it.”  and “I thought we were free from rituals and tradition.”  Both of these sentiments expose a poor narrative of Scripture and the need to remember our story over and over and over.
What is the Seder?
The Seder is a ritual performed by a community involving a retelling of the liberation of the Jewish people from slavery in ancient Egypt.  This story is in the Book of Exodus.  Seder itself is based on the Biblical verse commanding the “People of God” to retell the story of the Exodus from Egypt: "You shall tell your child on that day, saying, 'It is because of what the Lord did for me when I came out of Egypt.'" (Exodus 13:8)  Traditionally, families and friends gather in the evening to read the text of the Haggadah.  The Haggadah contains the narrative of the Israelite exodus from Egypt, special blessings, rituals and special Passover songs.  Seder customs include drinking four cups of wine, eating matza, partaking of symbolic foods placed on the Passover Seder Plate, and reclining in celebration of freedom.

Our story must be understood through the Israelite story.
When you read the Old Testament from Genesis to Chronicles you’re left with a sense that the story is supposed to be going somewhere, but hasn’t gotten their yet.   It is an unfinished narrative.  Things are supposed to happen that haven’t happened yet.  You cannot understand the climax of the story if you do not enter into the longings and expectations accumulated by the Hebrew people.   The story is God’s master project with Israel; a work of art He slaved over for thousands of years.  This project initiated by God tells a story with tales of glorious beginnings, rich vocations and then horrible failure and exile.   Our identity is birthed out of God’s plans for Israel.  What God does for them is what God is doing in relation to the whole world.  To be Israel was to be the people who, for better and worse, carried the destiny of the world on their shoulders (The New Testament and the People of God by N.T. Wright).  Grasp that, and you have a pathway into the heart of New Testament Christianity.

Jesus is the answer to Israel’s story
This journey through the Old Covenant is the drama filled back-story to Jesus arrival.   God’s action in Jesus seems like a new thing but it’s what He has always promised “The time is fulfilled” (Mark 1:15).  Jesus is the one who will rescue Israel from its long continued nightmare.   He is the one that will “save his people from their sins.” (Matthew 1:21).  When Matthew said that, any first-century Jew didn’t just mean that individuals could turn and find personal forgiveness.  Exile is the payment for sin, so forgiveness means the end of exile. Jesus is the jubilee that the Israelite body had been groaning for.  When most westerns read the gospels they imply that the back-story is “everyman” sinning and dying and needing salvation.  But if you don’t root the story in Abraham, Moses, David and the cry of the prophets you cannot appreciate the identity of Jesus and what He came to complete and subsequently launch (Jesus and Judaism by E.P Sanders).

A Community Instrument
Seder is a communal tool in helping a tethered gathering of people remember their spiritual story.  It's more than just remembering our own personal salvation, it's recalling the epic faithfulness of God, the frustrated relational dynamic with His collective people and the restorative work He's committed to on this planet. Seder speaks to us through reenacting the drama of Israel.  It tells us that despite appearances God is good, present, coming, moving and making beautiful things out of seemingly stalled things.  Seder connects with our imagination and says “don’t forget you’re a part of something much bigger than yourself.”