Unity Is Not a Wimpy Doctrine 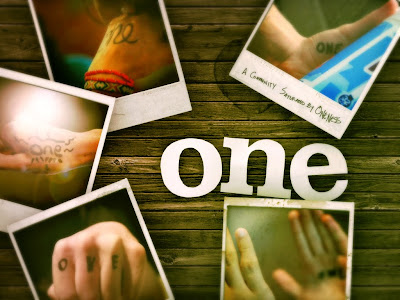 In the last few months, I’m not sure why I’ve noticed it more recently but the rhetoric and grenade throwing inside the evangelical/theological community has really amped up. To be honest…it's driving me nuts. Because of authors and preachers throwing their weight to one side or another, a rapidly enlarging canyon seems to be forming from inside the American family of Christ. I’m not sure if the political climate is affecting our evangelical leaders but we seem to be taking on the same divisive, name dropping, polarizing approach to talking about theology and doctrine.

As a pastor I am feeling a gravitational pull to align myself with camps. I’ve historically tried to be about going after the tension in the center, balance and embracing humility about what truth I think I’ve apprehended. Being a moderate or a centrist theologically is increasingly becoming unpopular and an unacceptable place to sit.

Both of these groups are planting their feet, forming their books and sermons in reaction to the other side. Both sides are punishing the Bible with their predispositions in order to defend against the perceived opposing team. Church history is filled with this nauseating back and forth; church leaders over shooting the center to respond to a current stream of thought in their day.

When the Apostle Paul is talking about rooting out false teachers and those who are proclaiming a false doctrine, he’s talking about sanctioned teachers who were intentionally subtracting from the gospel being solely about the person, words and work of Jesus Christ. Much of the defensive back and forth going on right now between pastor, theologians and communicators isn’t related to that issue at all, its often between thinkers like John Piper vs N.T Wright or Mark Driscoll vs Rob Bell or Greg Boyd vs R.C. Sproull all who believe with fiery passion in the person and work of Jesus Christ. Instead one often demonizes the other over the nuances, expressions, language and different ways to look at the same coin.

A healthy contextual understanding of the Pauline letters portrays for us an urgent piercing theology of unity among the early growing church. For some, unity is a wimpy doctrine but out of Jesus' own mouth comes a high priestly prayer for all believers to be one, ‘I have given them the glory which you have given me, so that they may be one as we are one, I in them and you in me, that they may be completely one, so that the world may know that you sent me, and that you loved them just as you loved me’ (John 17.22). The aim of this prayer is not simply for getting along in pragmatic terms, but more at the eventual goal, which is the Creator’s promise to fill the whole earth with His glorious love. Jesus' prayer launches and partners with this dynamic theme in the letters to the Romans, the Colossians and the Ephesians, and powerfully with the closing chapter of Revelation. Our unity in diversity is a potent declaration and confirmation of who Jesus is. The unity of the church is a sign, a foretaste and a means of God’s eventual plan for the earth. When the world looks at the church's unity it should mystify them, intrigue them and draw them to see that only Divine love can accomplish such an impossibly crazy task. It’s almost as if Paul sees the enemy to the mission and advancement of the Kingdom of God and it’s name is Division.

When the glorious supernatural Body of Christ shoots each other over interpreting minor doctrines (some think major); creationism, sign gifts, election, woman in ministry, double imputation, proclamation vs incarnation, social justice, and the end times, it breaks the legs of our commission to bring renewal to the world through Jesus Christ. I do believe we should dive in and swim around in Scripture that leads to living doctrines but the outcome should not be to push each other further away. For many the study of doctrine intrinsically is looked at through a combative lens. Doctrine should not have a direct connection to confrontation, it should be directly connected to further intimacy and submission to the rule and way of Jesus.

We really need to stop using words like “wolf” “heretic” or “false teacher” for those who are building on the foundation of Jesus Christ (Colossians 2) and reserve that term for those who are intentionally taking down Jesus as the full expression of God and his means of rescue.