Andy Stanley and the Appropriateness of Ambiguity 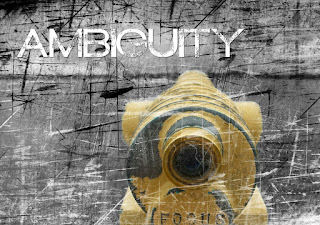 Is ambiguity ever Ok?  Is it fundamentally wrong to be ambiguous about what's right or wrong?  These questions seem to be lurking under the surface in the dust up over Andy Stanley’s message titled “When Gracie met Truthie.”  Dennis Burk, professor of biblical studies at Boyce College said of Stanley’s sermon, "It was ambiguous at best. It was a total capitulation to the spirit of the age at worst."  Al Mohler said, “he needs to clarify his biblical stance or he's in danger of grieving the spirit”

Modern Discourse
There seems to be an assumed value that ambiguity in and of itself is wrong.  I wonder where this ethic comes from?  Is it instinctual to them or is it a cultural norm?  I believe the style of discourse Stanley’s critics ascribe to take their cues more from the current political style of discourse than they do the style Jesus models.  Currently in our political culture communication has some non-negotiable's:  1. Define what camp you fall into,  2. Demonize anybody who does not fit squarely into your camp,  3.  Apply debate techniques not active listening and 4. Defend/clarify your position at all costs.  I believe this style of discourse is more secularism than it is biblical.

I listened to Andy Stanley’s message.  He taught the principle that the tension of Grace and Truth sometimes makes things unclear, ambiguous and complicated.  Stanley's message was from the book of John, and he spoke about how messy and seemingly inconsistent Jesus' love was."At times Jesus seems to be forgiving, and at other times he seems to be holding everybody accountable," Stanley said in the sermon. "At times he points out sin and at times it's like he ignores sin altogether... It's what drove people crazy about Jesus. But he was comfortable with it. He was able to minister through it. And we dare not walk away from it."   Jesus was at peace that His seeming inconsistency in dealing with sinners produced a muddled reputation. (Matt 11:19 & Luke 7:34)   Listening to Stanley’s conservative critics, I’m not sure they see Jesus this way.  I’m not sure they’ve dealt with the way Jesus was perceived by his listeners in His context.

The Sometimes Ambiguous Jesus
Jesus spoke in parables and in Matthew 13:34 he makes the point that “Jesus did not say anything without using parables.”   Why would Jesus indulge in short artistic fictional stories to convey such essential messages? A parable would often end with the refrain “whoever has ears let him hear.” A parable would often include a hidden message that would be accessible to some and confusing to others.  At one point the disciples share their frustration “Why do you speak in parables?” As if to say “Jesus why are you doing this? Your telling stories but nobody is getting your point, can you find a clearer more obvious approach?”   What the disciples did not understand was Jesus was intentionally enticing people into new territory.  Jesus was not offering easy answers and doctrinal points, he was inviting people into an interactive posture.  He said listen with your ears which meant listen to the deeper meaning.  Don’t listen for the literal meaning, seek deeper for meaning that requires a sincere effort of your imagination and a personal investment.  Jesus was also building a reputation for his socializing with tax gathers, prostitutes and sinners. Many were interpreting this behavior as Jesus accepting, affirming, and agreeing with their lifestyle.  Many religious-moral-watchdogs found this tension unacceptable.

Is it ever Ok to be ambiguous?  I believe it is because Jesus sometimes was.  Is it ever O.K. to come across unclear in order to lay the trust-bricks that relationships require?  I believe it is because Jesus sometimes did.  Is it ever O.K. to not give a Yes or No to the “is it a sin” question because the history of the question is so convoluted with agendas?  I believe Jesus sometimes did for the sake of the larger mission and the loaded context of religiosity.  Sure this tension is a harder tightrope to walk.  Some call it the slippery-slope; I call it fighting for balance  This slippery-slope is more an academic construct than it is a functioning theology of engagement. This is the very reason why many are not comfortable with the third way of navigating through culture.  It's much easier to just park firmly in an ideological camp and harp on your doctrinal talking points over and over.  Instead Jesus often models a way of being that is beyond what sin issue is served up to Him.

The Tension in the Center
Much of the conservative backlash to Andy Stanley’s presentation seems to be intoxicated with anxiety by whatever the hot sin issue is at this time.  The sad thing is the church has been playing this dizzying game for so long.  Often Christian leaders jump into the boxing ring dictated by pop culture.  They unknowingly accept the cultural parameters for engagement with a sin issue even though what's often needed is a much wiser and more nuanced conversation than a straight up "its a sin" response. It's at these places that we're tempted to define and defend ourselves based on the phenomenon of these issues.  In the end we drift away from embodying the ethic of Jesus and we look like just another pundit in a debate.   I’m saddened by our reputation being purely defined by what we are against.  Regrettably, drawing line’s in the sand has become the highest value.  I'm sure this kind of “Reactionary Christianity” seems honorable and driven by truth but really in the end it looks less and less like the incarnate God in Jesus.  I’m convinced the reasons we have self-aggrandizing liberal Christianity and entrenched conservative Christianity is because they are assembled out of fear and are not at all comfortable with the awkward tension in the center.  Right now taking a stand is more esteemed over embodying the character of Jesus Christ.