Lord of the Sabbath 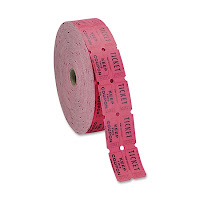 According to Levitical law the Sabbath is one of the key identity markers for the Israelite's that they are “of Yahweh.” The rhythm of the Sabbath in all its forms (every 7th day, every 7th year and every 50 years) was the clearest living liturgy to remind them that God cares for them, provides for them and compels them to live generously (God also instructed them to allow the poor to eat off their land on the 7th day and then for an entire year during the 7th year). God gave the Israelite's the gift of Sabbath to help aid them in keeping track of their place in this world (sorry Michael W. Smith). Sabbath helped the Jews identify whose they were, as well as it was to “bear witness” to the pagan nations. The Sabbath was a living rhythm that communicated the provision of God amongst those who worshiped false gods.

So when Jesus gives himself the title “Lord of the Sabbath” in the end of Mark chapter 2 He is stomping on some toes. At the point that Jesus arrives on the scene there are a combined 60 oral and written laws surrounding how to keep the Sabbath. He challenges the most holy marker that cemented Israel’s association to the true God. When Jesus drops this bomb about the Sabbath being “in him” he is speaking to the core issue of how to identify yourself and how others should identify you.

What does in now look like for “Jesus to be the Lord of the Sabbath?”

We should not read our own evangelical concerns about people skipping church into this passage. Jesus is not speaking to the idea of going to church on a regular basis. This is not in his scope.

Jesus is stepping into the role as King, as Lord, as President and Ruler of the estate. He is communicating that in the arriving Kingdom people will find their peace, their order, their rest and their sense of who’s they are in King Jesus.

The great indictment on American evangelical Christians is that we faithfully attend church on Sunday but Jesus has not become Lord of the Sabbath the other 6 days of the week. We do not bear witness to the world that we are at rest in the rat race of life. We do not embody a way that looks unique compared to life outside the Kingdom of God that claws for more, for better, for power or for recognition.

This reminds me of when I was 12, I would go to the mall arcade to play video games for the reward of tickets. I would insert quarter after quarter into slot on the game Asteroids. When those pink tickets rolled out I felt a sense of accomplishment and greed, hording every single one. I then would rush to the counter to turn them in at the redemption counter, only to receive a 25 cent pencil after spending my hard earned allowance of 5 dollars. At the end of the day all my insane gaming got me a pencil that I ended up losing on the bus the next day.

We do this as adults playing the game of financial success, investment,social recognition and racing for political power but we are left with very little to redeem. We try to find our sense of being and identity in these pursuits but Jesus says to us “I am Lord of the Sabbath.”
Posted by Dan White Jr. at 9:58 AM

Email ThisBlogThis!Share to TwitterShare to FacebookShare to Pinterest
Labels: identity, rest, sabbath, the kingdom of God