Am I A Reactionary? 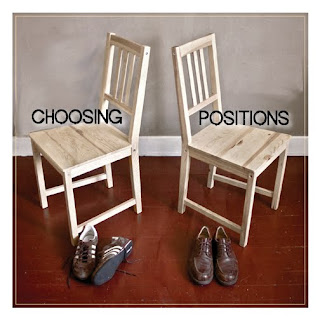 It's hard not to react to stimuli around us. My son was yelling while I was watching a football game the other day and my temptation was to elevate my voice to the level he was yelling at. I needed to match his intensity; at least I’m tempted to believe this. The emotional belief goes: if I don’t match the intensity with equal intensity that I will not be able to stop the intensity.

Being a reactionary has infiltrated, saturated and fused itself to what it looks like to be a Christ follower these days. In my pastoral ministry I encounter many who are driven and charged by taking up a position in response to an issue. Their passion is ignited by anger and fear about something in or outside the church that en-flames them. The church as a whole but more practically on an individual level seems to define itself by what ticks us off or seems to be a present injustice. We've been fooled into believing we have to match the intensity of the voices we disagree with. There has to be a more emotional stable way of defining what we are about.

We are bombarded with quotes, literature, short documentaries, news clips and punchy blogs summarizing for us why an issue needs our emotional energy. Often times the case that is built is assembled on the ground floor of opposing another side. It’s easy to get jazzed up by sizing up how bad the other side is. So we take up an offense in response to something we are deeply concerned about. In responding, we become deluded that we have found the right posture. Finding a healthy emotional position is close to impossible when you are trying with all your might to run in the opposite direction. More often than not the response to an extreme requires a more careful tension in the center that might still resemble some traits of the extreme.

From my perspective here are just a few present reactionary moves:

- I’ve seen this reactionary propensity when it comes to gender equality. There has been serious inequality at the hands of men but the over correction is often destructive.

- I’m also watching this happen when it comes to sexuality. Many are so afraid of homosexuality that they run in the other direction by amping up to combat the culture's acceptance of homosexual marriage. Funny thing, Jesus didn’t say much about it, so I wonder why we're saying so much about it.

- Another is when I run into post-Christians that are so fired up about how power driven the institutional church is that they are adamant about the opposite; no leadership, nothing that smells of organization, no structured teaching, no accountability to a community but they think their stance is seemingly justified because of how evil the opposing side has looked.

- I also encounter people who are so afraid of the effects of postmodernism; truth being experiential, relational theology or emergent thought that in response they hitch their wagon to modernism that bows to logic, defending absolute truth and demonizing anybody that does not use the theological language they use.

- I’ve known many who are so hurt by the picture of an angry God who is intolerant of sin that they run in the other direction to erect a God who tolerates a sloppy moral life as long as we don’t hurt anybody with it.

- I meet people who are so angry with the decay of America that they are laboring to get a government in place that will be Godly and legislate Christian morality.

I have to be honest with you this pendulumnitis is exhausting. This reactionary stream has created so much identity crisis in the church. I dare say it is a major reason why the church is in the state it’s in. When I get a top view of church history and contemporary Christianity I see a pattern of overreactions that require undoing years later. Fundamentalism was a reaction to liberalism; now many of us are trying to detox from the legalism that came as a result of that reaction in the form of Fundamentalism. Then the reaction to fundamentalism within the church was the contemporary church with its topical sermons, well-produced worship music and its offerings of Christian versions of secular stuff. Now many of us are trying to recover theologically, communally and missionally. It must look like schizophrenia from the angel’s perspective. Sure it's a natural human response to rally our energy around what concerns us most, frightens us and angers us. What I’m proposing is not natural it's a new character shaping pursuit that leads to maturity in how we interact with stimuli around us.

It requires a serious pursuit of self-awareness to acknowledge we are overreacting. It takes even more honesty to see that it has not drawn us closer to Jesus it’s only made us look different than the opposition. That is the greatest indictment; we are more encamped in our issues than we’ve ever been but we are less formed into the character of Jesus Christ than we’ve ever been. We need more people apprenticing at Jesus feet and fewer people standing up for their pet justice or moral issue.

The only way through these smoke and mirrors is to fight to stay anchored and shaped by the revealed story of God in the context of a tethered community. There is a subtle habit to get frustrated with a cultural issue and then go looking in scripture to bolster and confirm our fire. Self-control and self-constraint is required to push further into love for Jesus and further into into community in the face of our issue driven society. So many things that pass my consciousness bait me to move from where I am, calling me out of the simple life. They taunt me saying; “this is serious”, “how dare they”, “that’s the problem" or “this needs to stop”. I'm finding that not exercising an opinion is maturity, not weakness.

Some might say I’m advocating having our head stuck in the clouds; it's anything but that. It is a focused pursuit of living intentionally here and now. It’s searching for self-awareness knowing that our reactionary stands may not have fixed something, we may have actually created a new problem. I’ve observed the unintended consequences of a reactionary life rhythm. The hard reality is that what we pour our energies into will eventually direct who we become. I’d rather orient my life around Jesus and a community of Jesus followers than having to match the intensity of the issues screaming for my attention, money and advocacy.
Posted by Dan White Jr. at 1:50 PM