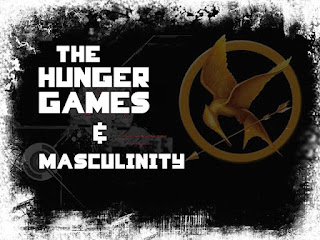 There has been a lot of heat lately around what it means to be masculine. The “Young, Restless and Reformed” and “Wild at Heart” crowds have been trumpeting their big burly picture of what a Godly man should look like. On the other side you have segments of feminism that knee-jerk when anyone talks about masculinity; seeing it as an automatic assault upon woman’s progress. Honestly, I’m uncomfortable with the rhetoric coming from both extremes. Both camp-entrenched ideals have visceral fears of each other, attempting to protect something in their corner. This reactionary tendency has some serious consequences on the picture of masculinity served up to young men.

Two extreme pictures of manhood have taken center stage in literature, movies, sermons and in our cultural dialogue because of this pendulumnitis. (I apologize for the oversimplified stereo types.)

Man as a Warrior: This picture of masculinity is to be confidant and highly respected. His communication style is debate and dominance with his logic. The people he has relationships with are seen as subordinates that work for his leadership. His opinions are to be given out whenever possible and his masculine impulses are to be acted on since men know best (sorry about the sarcasm). Conquering the world around him is a sign of success in his life.

Man as a Dolt: This picture of masculinity is self-indulgent; living for his appetites: beer, video-gaming and sports, etc. This man has the right to be free of too much responsibility and the weight of being responsible for others. He views most of his relationships through the grid of fun; if they’re not fun he’s moving on. He avoids planting his feet and digging-in to challenges that require long term commitment and sacrifice. When it comes to making wise decisions he’d rather defer to someone else because it’s easier and someone else will always make the choice for him.

I’ve been mentoring young men for years and within in reason these are the only two pictures of manhood they can conjure up as their options. I’m convinced that out of the ashes of Chauvinism and Feminism this is what we are left elevating as a tangible expression of masculinity.

Let me make a hard turn here. It’s because of this that I was so moved by the character Peeta in the book The Hunger Games. The kind of masculinity portrayed in Peeta is an endangered species right now. When I came across it, it stuck out like a sore thumb in the midst of all the other cultural pictures of manhood floating around. I haven’t seen the movie but I read the books.

Peeta models a masculinity I can get excited about:

1. His pursuit of unselfish love> His love for others was an active choice to serve others, to make a sacrifice by stepping into pain in order to lift up someone else. This unselfish love was not simply a limp deferral to other people around him or an avoidance of conflict. The opposite is actually true, it was a concentrated act of strength. Peeta had power and he chose to use it to unselfishly love others. He chooses to value people more than himself and even more than survival. He does not love for his own gain or for the reciprocation of their love. Although he's a great shmoozer and public speaker, Peeta uses his gifts for selfless causes. He thinks of the people he and Katniss have watched die with sorrow and wants to honor their families. Just think about his speech in Rue 's district during the Victory Tour: "It can no way replace your losses, but as a token of our thanks we'd like for each of the tributes' families from District Eleven to receive one month of our winnings every year for the duration of our lives." He also takes a physical beating in order to be generous to someone in need, evident in the time he secretly gave two loaves of burnt bread to a starving Katniss.

2. His loyalty to maintain moral character> In Peeta’s famous monologue the night before the tributes are sent to battle in the arena, he expresses his intent to maintain “his purity of self," even though behaving otherwise could be easier, even safer for him. “I don’t know how to say it exactly. Only … I want to die as myself ... I don’t want them to change me in there. Turn me into some kind of monster that I’m not.” There is a character plumbline in Peeta. He cannot and will not compromise because of the circumstances presented to him. There is a moral compass that compels him to stay authentic to a certain moral no matter the pressure to abandon it. There is an integrity-of-self that haunts Peeta in a good way and he does not muffle that internal voice of character and conviction.

In no way do I think these qualities should be exclusive to men. But I do believe there is an appropriate place to help men construct a better, more compelling, Jesus-oriented picture of masculinity. Ephesians 5:25 says “love your wives, just as Christ loved the church and gave up his life for her.” This passage does not have a hidden agenda for loving in order to gain something in return; love, sex, respect or power. This kind of love reflects the radical love displayed by Jesus that loves unselfishly. I don't often see this kind of love, as the core to mature manhood, being taught from many celebrity preachers and their subsequent ministries. Thanks Suzanne Collins for creating Peeta and for giving us a masculinity I'm not embarrassed of.
Posted by Dan White Jr. at 11:59 AM