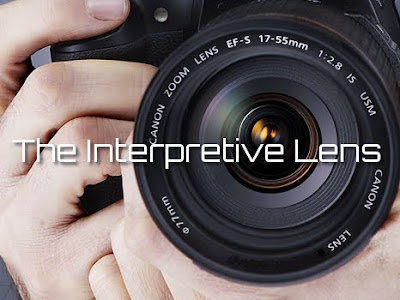 I recently had a conversation with someone about Hell. Of course Rob Bell's new book was the catalyst for this gentleman’s interest and passion in talking about this topic. I’ve just finished the book Love Wins. I didn’t so much enjoy Bell‘s overly Socratic method (asking question after question). I also think his exegesis of scripture was a little lazy at times. After reading it I’m not sure I can say what Bell’s view on Hell actually is. But let me say I understand Rob Bell’s effort, his effort to explore our current understandings of Hell. I understand how the parameters and definition of Hell is not a settled deal for him.

In my conversation with this gentleman he said “I don’t understand how someone can question the doctrine of Hell, the Bible says it clearly and we just need to preach it.” I challenged my fellow Jesus-follower on that statement. I asked him if he believed there was an interpretive lens between him and the scriptures. I asked him if he thought that Christian doctrines undergo a certain amount of morphing over time. I asked him if factors in society, history and philosophical thought impact the way we view and interpret. In other words, our current traditional doctrine of hell forms a "lens" through which we view and interpret the Bible. But unlike the Bible, tradition is not infallible and it must be balanced and tested. Fundamentally our interpretations are fallible and susceptible to influence from our culture and trusty traditions.

I’m not siding with Rob Bell’s nebulous view on Hell; but I do believe it is quite naive to forget or ignore that we all read scripture with presuppositions; that we all interpret texts through a lens. Nobody reads the Bible with pure undiluted eyes, especially Western Americans who are 2000 years removed from the Jewish world the Bible was written in. I'm a fan, but I recently heard Francis Chan say that “Jewish context and nuances are a distraction in understanding the plain meaning of God’s word.” I have to take issue with that statement.

The plain meaning is only possibly apprehended by re-erecting the Jewish context. The plain meaning was obvious to a 1st Century Jew but is not as easily assessable to someone far removed from that culture and language. To think there is a plain meaning that can be extracted by just reading the text is ignorant of the bias we read with. I know it seems holier and easier to say “the Bible says it and that settles it.” But it’s not the Bible that makes things foggy, it’s the lens in which we all read with. Statements like “God’s ways are higher than our ways” are straw man arguments that are leaned on to back up our top level interpretations. The hermeneutic that Chan is espousing is overly simplistic, leads to de-contextualizing and contributes to the narrative ignorance people have about the world the truths of scripture are situated in. In the end we miss the richness of the truth. I think it is a healthy exercise to pose questions of our interpretive lenses in order to recalibrate the Story God is telling to humanity and is inviting us to tether our lives to.
Posted by Dan White Jr. at 11:20 AM