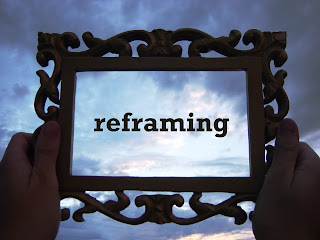 I have long harbored the suspicion that in certain respects, in certain habits of thought, modern Christianity reads the Bible like an English manuel written in the 1900’s. I understand that the analogy is little rough. But I still think that the approach is wide spread amongst preachers, small groups and even in how we teach our children. We often come to the scriptures to look for a clear and accessible truth to abstract from it. This style of reading is often called the “plain reading of scripture”. To some this “plain reading” feels holier. I've heard numerous times in different ways “God says it, I read it, and that settles it for me”.

We hold to a western lens of “reframing” and it goes something like this: In order to address a problem or question I'm facing, our culture is facing, we take a chunk of scripture and first look to see how it can be applied to our modern issues. This process skips past the original frame in which the narrative of Scripture is written and instead unknowingly reframes. In doing this we barely make contact with the biblical narrative of a historically situated people. I would venture to say that when we do this we miss the meaning or truth intended by the author of the Bible.

There is a certain “re-authoring” that happens in the reading process when one assumes that a 2000 year old piece of literature, written to first century Judaism, translated into English, has a top level meaning we can access readily. Most teaching I hear does not do the hard work of reconstructing the Jewish timeline, idioms, hyperbole and cultural climate. There should always be a strong effort to return the language in the Bible to its original frame. To a Westerner in the year 2011, words have clear definitions but to a 1st Century Greek or Jew, words are symbolic. When we don’t intentionally reconstruct the original frame we widen the gap between the meaning in the original frame and the new frame into which it is inserted.

That would nail a lot of preaching and teaching today. Historically situated texts are extracted willy-nilly, with scant regard for narrative context, and made to serve some other purpose at the impulse of the preacher or teacher, who then maintains and declares that "this is what the Bible says." We make allowances for this practice because we think that no real harm is done by it, we think that no one in our churches is likely to care one way or the other, as long as people are moved or convicted.

We do need wise application to our modern issues. But first we need a strong effort to return to the original frame in our reading and interpretation. Once we have done that properly, we can start to ask what it would mean to be faithful in our living and thinking in relation to it.
Posted by Dan White Jr. at 10:39 AM