Why Was Genesis Written? 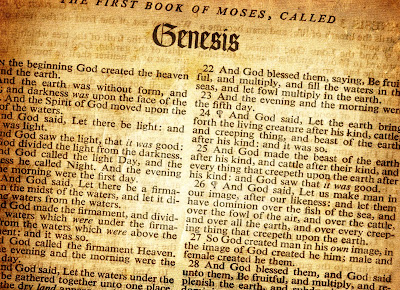 Why was Genesis written? I believe it was poetically recorded to not tell us how the world and humanity was created but to tell us why the world and humanity was created. It might seem like a small thing but it has Biblical proportions. The epic questions that sit on everyone’s heart are answered in Genesis 1-2; “why am I here?” “what is my purpose?” “what good is my life?”

Over the last few years there has been so much pressure from the scientific community for Christians to answer the “how was the world created” question. A cultural boxing ring was created where the fight was about finding hard answers about how the world began. So the Christian community got pulled into the ring, began to fight and our main weapon was the first few chapters in Genesis. To not defend would be seen as weakness, so we spar trying to use our own scriptures.

Problem, this was not why Genesis was written. It was never intended to be a defense to how the world was created. It instead was and is to be a shocking portrayal of why. It was a contrasting picture to the other recordings of pagan deities from the Ancient Near East available almost 3000 years ago. There were other poetic creation stories in the cultures of the Ancient Near East. In them gods ruled with an iron fist. Bored gods created people to fetch their food and stay in slavery to them. The gods cast a shadow of fear over their creations and cared nothing of their well being. Violence, death and judgment is how the gods kept their creation in line. Genesis stands in stark contrast.

The story begins with a God who deeply enjoys making the world. He starts a work of art called the “human project”. He starts a project that reflects his own image “the imago dei”. This is lunacy in the Near Eastern world, gods are nothing like us and care nothing for us. But God creates a human project that is to live in deep relation with Him, one another, and creation. God loves what He makes. This is important to take notice of. His delight is to love and be loved by His human masterpiece. God created us to display His own unselfish love, His relationality and to create a project that would partner with Him in the ordering and designing of a new world. There is also a strong emphasis on identity in Genesis, how we identify ourselves. In the Near East accounts humans are pawns that have little personal value and are not essential on the earth. But in Genesis God gives His human project unbelievable power, freedom and potential to lead the the world. This is to be carried out in concert with the gracious, relational, secure rule of Jehovah. We are partners not pawns.

The narrative of Genesis is filled with purpose and God’s original intentions. This is what our world needs to hear. This connection and tethering to a larger, dominant, divine story is what my friends and your friends are thirsting for. We need to get out of the ring of defending our earth’s beginnings because it’s causing us to lose the plot. God can defend himself if He wants to. We’ve been commissioned with a story to tell.
Posted by Dan White Jr. at 9:29 AM