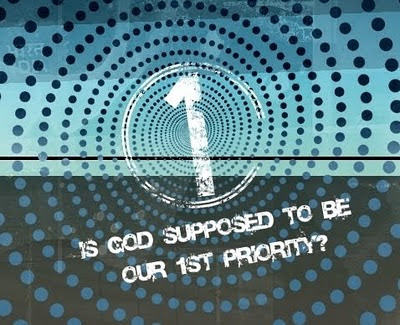 Jesus entrance into this world, His death and His resurrection marked the beginning of His earthly and eternal term in office as the Good King of this world. It inaugurated His reign. The entire book of Colossians states loudly the qualifications of the Lord Jesus Christ as He begins to set up His earthly kingdom.

Colossians 1:15-20 "When we look at the Son we see the invisible God. For in Jesus Christ all things were created and find their original purpose. For absolutely everything, above and below, visible and invisible, rank after rank of angels—everything gets it start in Him and finds its purpose in Him. He is before all things and He holds all things together. He is the founder and leader of the church. He was supreme in the beginning and through His resurrection He is supreme in the end. From beginning to end He's there, reigning over everything. Everything finds its fullness and its proper place in submission to Him. Not only that, but all the broken and dislocated pieces of this world are recovered and put back together by Him".

Why is the so significant? Jesus was stating His rightful place as the integrity-center of life. His kingship, His rule, His lordship is the only thing worth submitting to. Most people lack an integrity-center that guides all of their loyalty and allegiance. Most of the world lives under the rule of economics, sex, family, nationalism, religion, self-betterment, personal comfort, status and entertainment. Their sense of identity is bound up in one of these things or potentially distributed amongst many of them. That is why Jesus’ message is so life altering, it calls for the embodiment of our whole being, all our choices, and all of our acquired goods - concentrated and drawn together under one place.

When most Christians list their priorities everyone seems to know the right answer. It’s God first, family second and then all the other stuff after that. Making God first is what I learned in church as a kid; making Him priority. This message has been taught over and over in Americas churches to millions of adults. So in an attempt to “make God number one” people respond with getting rid of secular music in exchange for Christian music, they buy Christian products, they attempt to do their devotions every day, they go to church every time the doors are open, give a little money to a nonprofit and possibly they invite their unsaved friend to a crusade that comes to town. Still, I’m not sure this is what Jesus has in mind when it comes His Reign.

Jesus' reign is not a measurement of time or priority. One of the problems of trying to make God the first priority is that we begin to see God as a task master with a long list of things we need to do more of. Or we see God as a bucket or a compartment that we throw more stuff into in order to feel good about how much we have crammed in there. This is where moralism, legalism, guilt inducement and self-rightousness breads in our brand of Christianity. Have you ever been tempted to make God a bigger priority? Have you ever been tempted to counsel someone this way?

God is not interested in being a higher priority. Jesus does not say in the Sermon on the Mount “seek God first” He says “seek first the Kingdom of God”. Matthew 6 speaks like this - “But seek first the kingdom of God and his righteousness and all these things will be given to you as well. So don’t worry about tomorrow”. Jesus is not asking for a level of importance or obligation. My own translation of Matthew 6:33 would go something like this - “But first work towards the advancement of God’s Reign here and now and live by His Kingdom ethic. Trust me if you do this I will take care of you. So relax don’t be scrambling to secure your identity in other things.

We need less talk about ways to put God first or make Him number one. What we desperately need is a robust understanding of God's reign in this world and how we are to go about living under His gracious rule. God’s Empire has begun not by force but by His radically sacrificial love and triumphant return from the dead. Jesus is Lord and His kingdom has come and is coming. This needs to take center stage in how we understand the Gospel and how calibrate our everyday lives.
Posted by Dan White Jr. at 2:58 PM

Email ThisBlogThis!Share to TwitterShare to FacebookShare to Pinterest
Labels: Lordship, the kingdom of God, the reign of God