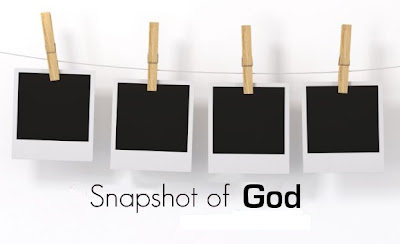 I recently had to discipline my 6 year old son for barking a “NO” at me. He cried so hard I thought he’d blow something internally. I really hate correcting him but I know I must do it for his sake and future. I love him therefore I am compelled to when he’s defiant. The only part I like is that after the incidence is over we make up, cuddle, tell each other “I love you” and read a story. I had an interesting thought recently about how someone might view the moment I am disciplining my boy. If someone video taped that 30 seconds of discipline then slapped that deal up on YouTube, I’m sure the masses would perceive me as a fuming Dad or a mad Dad. It’s easy to take a snapshot of someone and then lock-in their personality or character according to that snippet.

I think this is what we do to God. It’s easy to read a verse like Rev 19:11 or Exodus 4:24 and see only the wrath of God. We get a snapshot of God’s anger burning towards people and then typecast Him as primarily seething in judgment over His creation. Just as I would feel that a YouTube clip of me disciplining would create an unfair representation of me as a person, I feel much of the anger/holiness preaching is an unfair representation of God. Is it true that I get angry with my son for his defiance…absolutely. But is that the basis of our relationship? Is that my dominant character trait? The way I primarily look at him is with a love so full it sometimes overwhelms me. I do not believe that more discipline leads to more of my boy’s heart being won over. I don’t think God does either when He says in his word “it’s His kindness that leads to repentance (Romans 2:4).”

I find that many theologians and teachers accept a formula of looking at everything the Bible says about God throwing it into a blender and “bam!” out comes a definition of who God is and how He relates with us. Often we accept such a God portrayed in Rev 19 and Exodus 4 as the whole story because we believe whatever the Bible says about God must be the whole truth. A large swath of American Christianity derives its understanding of God by taking all the references in the Bible to God and seeking then to delineate certain major characteristics of God. Systematic theology strongly supports that line of forming propositions and truths. Then what happens is that the relationship between the Father and Jesus looks like a good cop/bad cop story. We end up having some directly conflicting attributes of the very God we worship and follow.

This is exactly what the early apostolic church wrestled deeply with. If Jesus is the fullest revelation of God then what about all those other things we’ve came to understand from the Old Covenant? Frank Viola said in his book Jesus Manifesto “the early churches main challenge was to work out the parameters of what a Jesus-centered God and theology would look like.” For first century Jews their scriptures showed God’s holiness, God’s otherness, God’s inapproachability, God’s might, God’s standards. Those things are all true. But they were never intended to be the full picture, never the whole movie, they are more like YouTube clips. Jesus incarnated to show us the full presence of who God is, how He acts, what He’s like, how He relates, what makes Him tick. I love when Colossians 2:9 says “For in Christ all the fullness of the Deity lives in bodily form.” That is a mind blowing reality. This is why the early church struggled so much against the totality of Jesus Christ. They wanted to make Jesus an addendum, another part of the puzzle but the apostle Paul would not let them. Paul made it clear that everything previously stated, written and proclaimed about Jehovah must submit to Jesus Christ.

Some may read this and think I endorse a fluffy-bunny God, I don’t. Like I said, I get angry and so does God, and justifiably so. But there does need to be a recovering of who God is from the extreme edges He’s been pushed to over the years. I’m advocating for a more balanced recovering of God’s image, one that holds the tension in the center instead of letting it slide to one end or the other. This blazing focus on Jesus is of epic importance because Jesus is the CEO of my church. How I see and understand God embodied in Jesus changes everything. It informs everything. It commands how I represent him in my circles of influence and in the world. Snapshots of God do not typically provoke heart and character transformation (Galatians 5:22) more like visceral reactions, staunch postures and guilt inducement.
Posted by Dan White Jr. at 12:21 PM